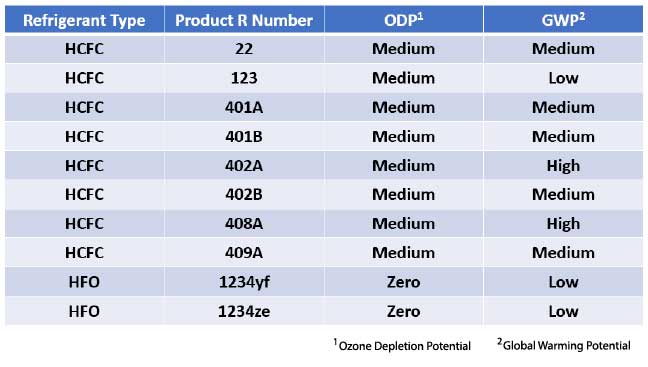 Why an HFO refrigerant?

Hydrofluoroolefins (HFO’s) are nothing new for chemistry. Much like traditional hydrofluorocarbons (HFC’s), they are composed from hydrogen, fluorine and carbon. The only difference is that they are unsaturated, meaning that they have at least one double bond. Such molecules are named olefins or alkenes; hence it is correct to name such refrigerants as HFC, HFA or HFO. The latter name has become the most used name to refer refrigerants with carbon-carbon double bond. HFO’s are relatively stable compounds but are more reactive than HFC’s due to the reactivity of the carbon–carbon bond. This reduces their global warming potential and therefore are a favorable property considering increasing concerns on climate change.

Reach out to us for a free assessment and refrigerant conversion quote today!